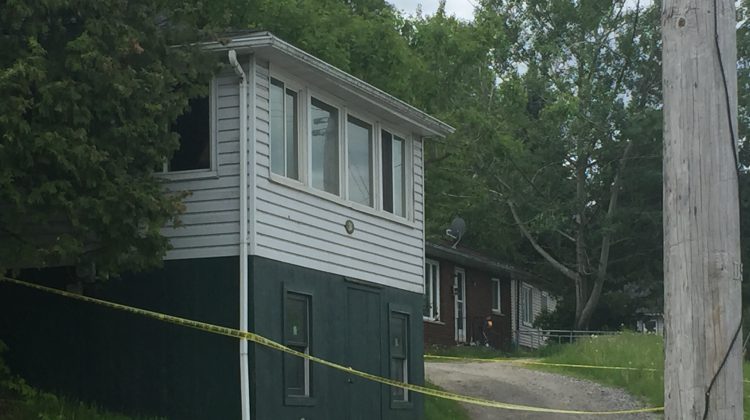 A house taped off while the O.P.P. conduct their investigation (photo taken by Phil McCabe, MyHaliburtonNow.com staff)

HALIBURTON, ON- A man from Haliburton is facing a murder charge after another man’s death.

According to an announcement from the Haliburton Highlands detachment of the OPP, officers responded to a call for assistance at a home along Highland Street in Haliburton shortly before 1:00 a.m. on June 18th.

When they arrived, they found a deceased man in the home. Norman Hart, a 33 year old resident of Haliburton, has since been arrested and charged with second degree murder.

The investigation remains ongoing with members of the Haliburton Highlands and City of Kawartha Lakes Crime Unit, under the direction of

The identity of the victim is being withheld until next of kin notifications have been completed.

If they wish to remain anonymous, they can contact the Kawartha/Haliburton Crime Stoppers at 1-800-222-8477 (TIPS).