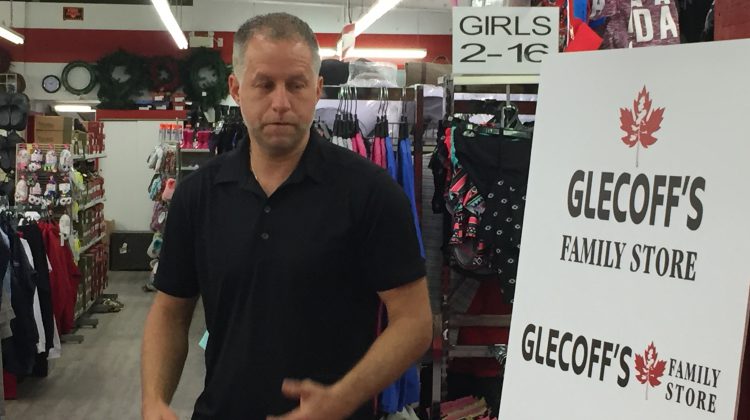 HALIBURTON, ON – A local iconic business is going through some rebranding.

The Glecoff family, who own the V&S Department Store, announced today that it is being rebranding to Glecoff’s Family Store.

Although they have carried the V&S brand since they bought the store in 1995, the buying group V&S does not exist anymore and there are no owners above the Glecoffs so they felt a rebranding was due to happen.

Andy Glecoff, the current owner of the store is set to retire and the store ownership is falling to Clay and his wife Amy.

Clay joked that he thought when the process to rebrand the store started that it would be just putting up new signs.

When they began spinning the wheels to rebrand, they hired on Mike Jaycock, local radio personality and marketing expert. They also retained Crystal Image Studio to handle all of the graphic design and website design.

According to Clay, they had originally settled on rebranding the story to Glecoff Mercantile but than a focus group over the winter pointed to Glecoff’s Family Store as the best choice for the name.

Clay explained that part of the reasoning for wanting to shed the V&S branding was the fact the name is typically associated with lower quality products and the store has over the years shifted away from that but the stigma attached to V&S stuck with them.

The new signs and logos are expected to go up tomorrow throughout the day and into the night.