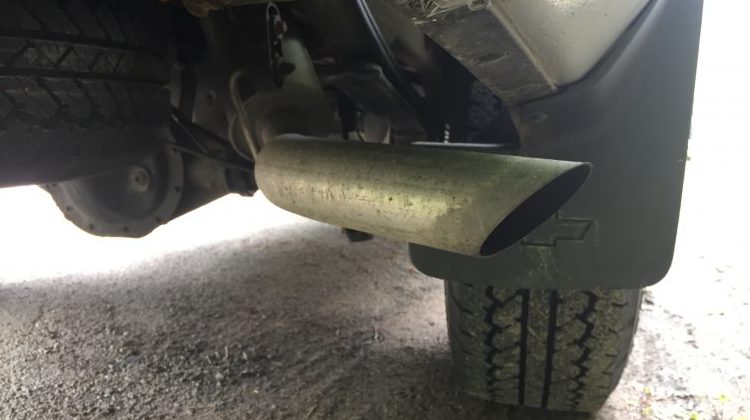 A muffler is required on all motor vehicles (photo taken by Phil McCabe, MyHaliburtonNow.com staff)

HALIBURTON, ON – One detachment receiving complaints has led to Ontario’s police force issuing a public warning.

In Renfrew Ontario, O.P.P. were getting calls of people speeding away from stop signs, which the police say can get drivers charged with excessive noise.

As a general reminder, the O.P.P. say that mufflers need to be installed on all motor vehicles and motor-assisted vehicles.

According to the O.P.P., cars can’t have a muffler cut-out, a straight exhaust, or any other by-pass or similar device.

Aside from mufflers, the police say that cars and other vehicles need to be maintained to a point that they do not make any undue noise or smoke while in use.

Anyone that breaks these rules will be charged.