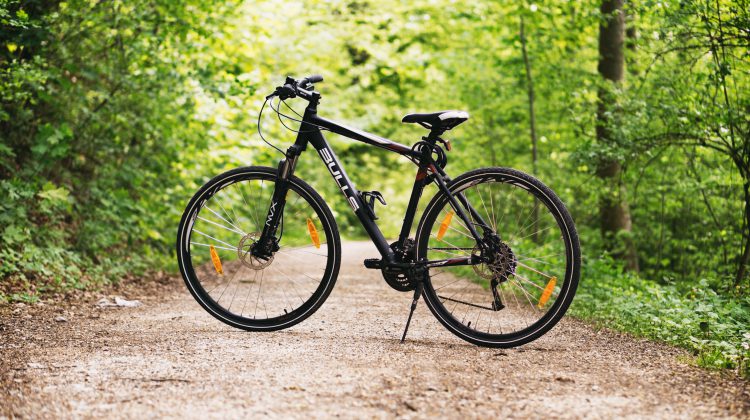 MINDEN, ON – A local man is hitting the road in hopes of raising funds for the Haliburton Red Wolves.

The Special Olympics team announced that one of their volunteers Bruce Fisher is raising money for the organization by riding a bicycle from Minden to Courtright Ontario.

Fisher spoke with MyHaliburtonNow.com about the almost 500KM trek and he joked “I’m probably a little mad for doing this”.

According to Fisher, he has done this sort of ride in the past saying that twice he’s done bicycle treks to Newfoundland. He also says that he’s done a trip from Thunder Bay and one from London.

Speaking about the trip, he says the last time that he has done a long ride like this, was eight years ago when he was “a 71-year-old kid”.

He says that he suspects this trip will be harder than ones in the past.

Talking about the distance that he hopes to cover he said he’d like 100km a day but reiterated the fact that he is eight years older. According to Fisher, on the last journey he took, he averaged about 20KM/H. With that in mind, he says the new goal is 80KM a day.

When asked why he chose this way to raise money, he explained that for about 12 years he’s been a volunteer with them and says “we are always in need of money.”

“We have athletes spread all over the county of Haliburton and we need to get them,” he says, “transportation is a big cost.”

Fisher says the idea of a bike ride to raise money came to him while he was sitting at home after curling, one of the sports he coaches for the Red Wolves, and thought that he could do another fundraiser for the Special Olympics.

Although his rides in the past raised around $60,000 he says that there isn’t going to be a set goal this time to avoid setting himself up for failure if that target isn’t met.

Anyone looking to give donations can email judefisher3474@gmail.com or you can mail cheques to box 373 in Minden.

Fisher leaves on his trip this coming Tuesday.