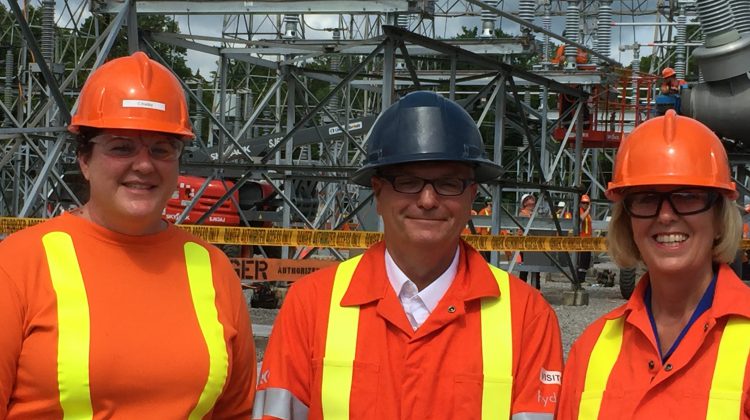 MINDEN HILLS, ON – Power generation is the focus of a multi-million dollar expansion in Minden.

Just under a calendar year after a fire caused thousands of people to be without power, Hydro One has announced a $33 million project to expand the transmission station.

According to Hydro One’s Acting Chief Operating Officer Darlene Bradley, the expansion of the station is multi-faceted in the sense that it will increase reliability and provide a more power supply.

Through Hydro One’s grid modernization program, the company will also be installing new devices that allow for remote monitoring. This addition means that hydro staff can monitor the system and determine where and why outages have happened and take action remotely from the Ontario Grid Control Centre.

Bradley explained to Minden Hills Mayor Brent Devolin, and Minister of Infrastructure Laurie Scott, as well as the media, that a lot of the existing infrastructure was built in the 50’s so the need for modernization was there.

In an interview with the MyHaliburtonNow.com newsroom, Bradley explained that it was always part of the plan to go ahead with this project and the 2018 fire there actually delayed the project.

She says the project will take years to finish, saying that the hope is to have it finished by 2021.

The scope of the project is supposed to include two new transformers for added reliability and growth, and two new buildings for the housing of critical equipment.

As well, Hydro One is hoping to include the installation of new grid modernization equipment which should reduce the duration of outages. It should also reduce the number of customers affected by outages.

The fire last year completely destroyed one of the station’s transformers and knocked out power to 27,000 people. 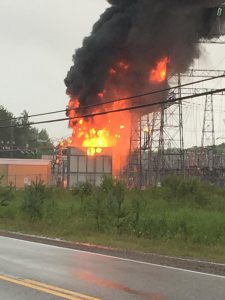