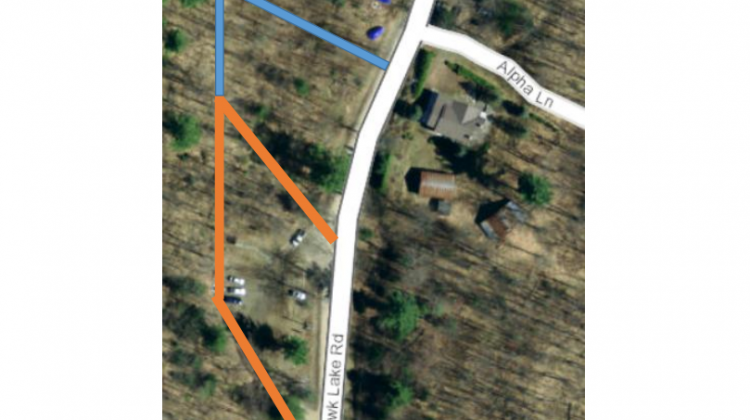 ALGONQUIN HIGHLANDS, ON – Ongoing parking concerns on Little Hawk Lake Road might have a solution.

During the regular council meeting earlier today, Adam Thorn, the Public Works Operations Manager, presented three options to consider as a way to create more parking along the road.

The first option was to pursue a Ministry of Natural Resources property along the road, which Thorn noted in a report carried a median value of $15,916.00 plus whatever the surveying and development might cost.

Another option was the redesign of the existing lot and budget for the work to be done in 2020.

The final suggestion was for the township to look into buying a parcel of land that was offered by a local business. The councillors and Thorn agreed that option was the best course of action.

According to Thorn sometime after the February council meeting, the local business had approached Thorn offering up to sell the land to the town giving it the ability to expand the existing parking lot.

Thorn detailed in his report, that was the option he suggested because, despite the challenges that parcel of land has, it has the biggest potential to “have the best outcome.”

Another benefit of choosing this option is the ability to have the work done in less than two years, assuming the sale of the land goes through.

Now that he has been directed to go after that option, Thorn says the next step is to get the land appraised and figure out the dollar value to bring back to the council for consideration.