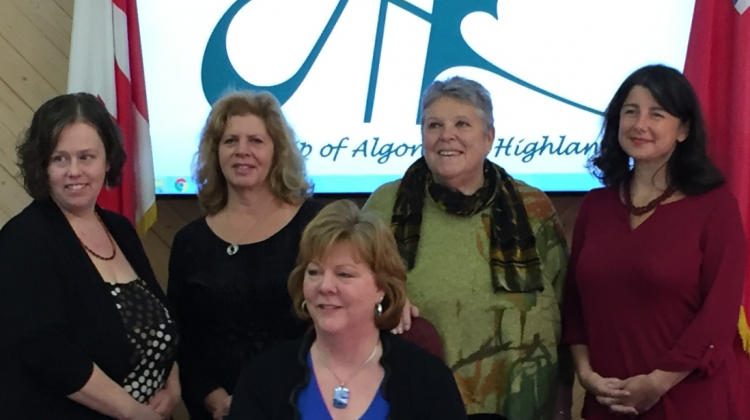 ALGONQUIN HIGHLANDS, ON – The fate of one of the municipality’s five landfills appears to be sealed.

Earlier today, after a lengthy discussion, Algonquin Highlands council voted to move ahead with a full closure of the Hawk Lake landfill rather than transition it to a transfer station.

Operations Manager Adam Thorn had presented them with three options, the first being a full closure, and the other being a seasonal transfer station or a full-time transfer station.

With the decision to work on a closure plan, Thorn says they can redirect staff around to compensate for the added traffic going to the other sites. Mayor Carol Moffatt explained that with population growth and other factors, the landfills could see added traffic regardless.

During the lengthy conversation, Thorn stated that he felt the closure of the one site would generate more efficiency at the other sites because the staff and contracted employees can focus their efforts on four sites as opposed to five.

As well, Thorn felt closing the Hawk Lake site and redirecting staff could lead to added services at other landfills.

Although eventually, she came around to the closure idea, councillor Jennifer Dailloux originally said she was leaning towards a transfer station because the idea of removing a service could be problematic.

Mayor Moffatt rebuked that statement by pointing out that even a full closure, the town is not taking away the service but more so relocating it. As well, later in the conversation, Dailloux agreed to the closure on the caveat that staff are continually engaged in looking for newer technologies and practices that can be presented in the future

When asked if there was other options or possibilities to create more efficiencies and better practices that can be utilized, Thorn explained that regardless of how many sites are running, staff are always on the lookout for things like that and reiterated that a full closure was in his opinion the most cost-effective, efficient option based on the need to do something about the landfill.

Now that the decision has been made to work towards closing the landfill, Thorn and other staff members can create a closure plan. Thorn says needs to be done this year.