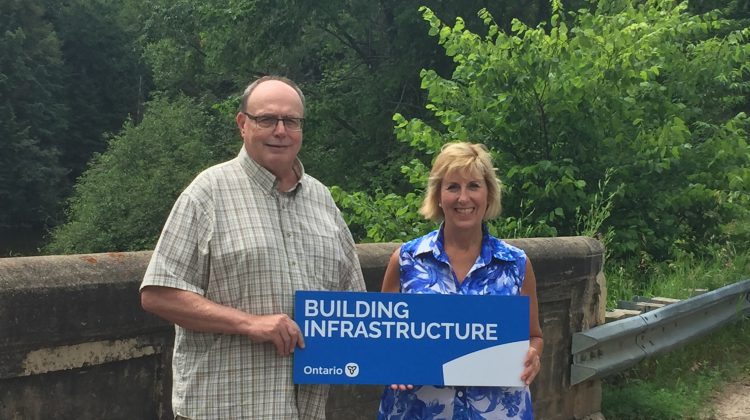 On the heels of announcing that Sedgwick Bridge in Minden was getting nominated to the Investing in Canada Infrastructure Program, Haliburton-Kawartha Lakes-Brock MPP Laurie Scott was in Wilberforce to announce the same thing for the South Wilberforce Bridge.

Mayor Burton thanked both the federal and provincial governments for the nomination, saying that this project would mean a lot to the municipality.

Scott explained that the $1.4 million project was nominated through the Rural and Nothern Stream.

According to Shannon Hunter the Highlands East CAO, recent surveying of the bridge declared that it needed full replacement in one to five years.

The continuation of the project now falls to the federal government to decide its contribution.