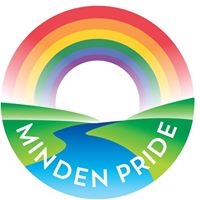 MINDEN HILLS, ON – The community is trying to understand what happened to a Pride banner.

Less than a week before Minden Pride week kicks off, organizers took to social media to announce the banner on Logger’s Bridge had been removed.

According to their Facebook post, sometime after 9:00 pm on Wednesday evening the banner was completely cut down.

Minden Pride says they are not sure whether it was taken or just left to float down the river.

This comes in the wake of vandalism that led to some of the ties being cut away causing the banner to curl and wrinkle. Minden Pride says that municipal staff had fixed the banner and tied it off again only for it to be completely removed.

David Rankin, the Chair of Minden Pride said in an email to the MyHaliburtonNow.com newsroom that the comment thread on their social media suggests this vandalism was an act of homophobia, but Minden Pride has no evidence to suggest it was.

Rankin goes on to say that it should be noted that Minden Pride was formed as a response to vandalism and homophobia directed at a Haliburton business owner.

With the banner gone, Rankin says “we are stronger than ever and look forward to a fantastic weeklong celebration of inclusion and diversity.”