The Land Between is asking “what have we learned?” 57 years after the release of ‘Silent Spring’ 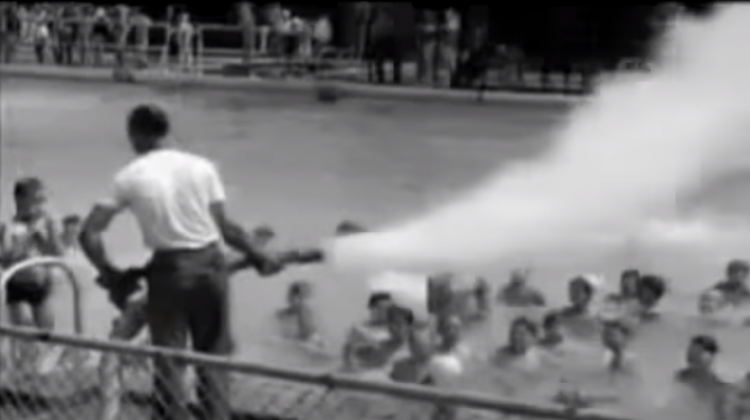 Videos from the late 40s show DDT being sprayed on children in a pool, to showcase how ‘safe’ it was for use in the home and around humans. Source: https://www.youtube.com/watch?v=kbcHszMCIJM&t=28s

HALIBURTON, ON – Almost 60 years removed from the release of a book urging governments to stop using DDT as pest control, a conservation group is wondering what we’ve learnt.

57 years ago, the book Silent Spring came out pleading with anyone who would listen to stop using chemicals like DDT for pest control. And according to the Land Between, DDT was “seen as a key component in humanity’s ‘battle against nature’.”

Since the release of the book, the conservationists say that studies found that 15 percent of infant deaths in the U.S. through the 60s was caused by DDT.

Studies also found that DDT has adverse effects wildlife, whether that be the disruption of bird reproduction or a decline in pollination.

The Land Between says “Further studies found that people who swallowed large amounts of DDT had tremors and seizures, experiencing sweating, headaches, nausea, vomiting, and dizziness,” that information comes from Agency for Toxic Substances & Disease Registry, circa 2002.

Eventually, the chemical DDT was banned in the 70s almost 100 years after it was first synthesized.

Speaking to current pesticide and herbicides, the Land Between had this to say “Despite the lessons learned from the prolonged use of chemicals such as DDT, many permitted pesticides and insecticides used today have minimal research that deem them safe to humans and wildlife. For example, Ontario hydro companies use herbicides to clear woody debris and vegetation from hydro poles rather than manually removing hazards.”

They go on to say that this can be problematic because the chemicals can potentially reach and contaminate nearby bodies of water.

Recently, Dysart et al’s Environment Committee elected to vote on giving Hydro One until 2021 to find alternatives to the use of Garlan. That decision needs to be passed by the Dysart council.

If you are concerned about the environment and the spraying of toxic chemicals nearby you, or in your home town, or even your watershed, please contact your municipality or Hydro One directly.