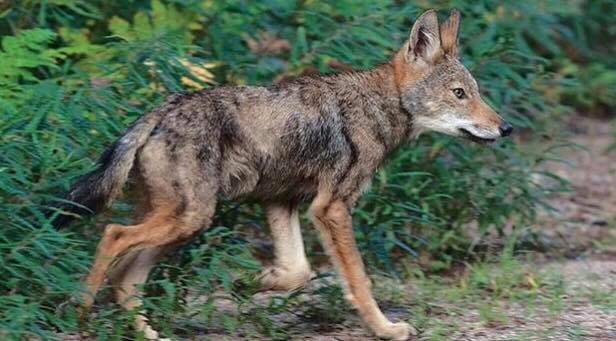 ALGONQUIN PARK, ON- Though the public wolf howls this summer haven’t met with success, at least one couple had a run in with a wolf family in recent days.

Britta Gerwin first shared her experience online last Thursday, when she and her partner came across the family while scouting in the park. In Gerwin’s video, multiple wolves can be heard howling in the woods, along with some smaller cries.

According to Gerwin, the encounter was in the area of Basin Depot Road, in the park’s east end. They had been scouting near the road to find wolves, and she believed there were roughly three or four pups, along with two adults.

Video of the encounter can be seen here:

Gerwin told the MyMuskokaNow.com newsroom that the encounter wasn’t her first with wolves, as her partner Michael has been conducting wolf howls in the park for around 27 years. However, this was closer than normal.

“I have to say, it’s incredible every single time,” said Gerwin.

“I’ve only heard them recently, and it’s just life-affirming. You feel the hair on the back of your neck stand up, and it’s absolutely beautiful.”

She suggested for anyone wanting to hear the animals to take part in a public howl, or to try howling in the early or late hours of the day on back roads.

She said the wolves will usually respond on the second try, if they’re around.

The only public wolf howl that was held this year in Algonquin was unsuccessful, though four were scheduled.