GoFundMe launched for injured father and son after Highway 11 crash 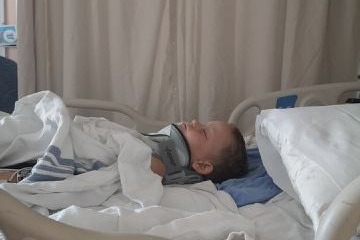 Kash Dehaan is shown in hospital, in an image posted to the GofundMe page.

HUNTSVILLE, ON- Friends of a father and son injured in last weekend’s highway crash near Huntsville are asking for help this week.

According to a GoFundMe page put together by Adam Saunders, a friend of Jesse Dehaan and Karie Metherel, both Jesse and his son Kash remain in hospital in Toronto due to the injuries they suffered on Friday evening.

The pair were airlifted after the crash, which occurred on northbound Highway 11 near South Mary Lake Road. Karie and the couple’s daughter were also in the crash, but are not in hospital.

The GoFundMe page states that Jesse has a fractured skull, with spinal fluid leaking from his ears. He’s waiting on testing to see if he needs surgery or not. 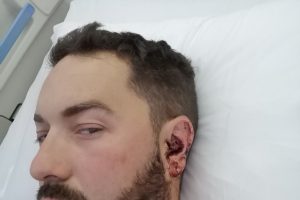 Jesse Dehaan is shown in hospital, in an image posted to the GoFundMe page.

Four year old Kash was supposed to start kindergarten this week, but won’t be able to while he recovers from surgery to fix a broken femur and shoulder, along with having to wear a neck brace due to pulled ligaments.

“I am asking for support from friends, family and our community to come together  to help this family with the recovery of both Jesse and Kash,” wrote Saunders.

“Any amount possible is greatly appreciated as this heart wrenching time should be spend on healing and not having to worry about added expenses. All money raised will help support the family while Jesse is off work healing and for items Kash needs (wheelchair) and travel expenses for check ups.
Thank you all for the love and support.”

A link to the GoFundMe can be found here: https://www.gofundme.com/f/recovery-funds-for-jesse-and-kash-dehaan