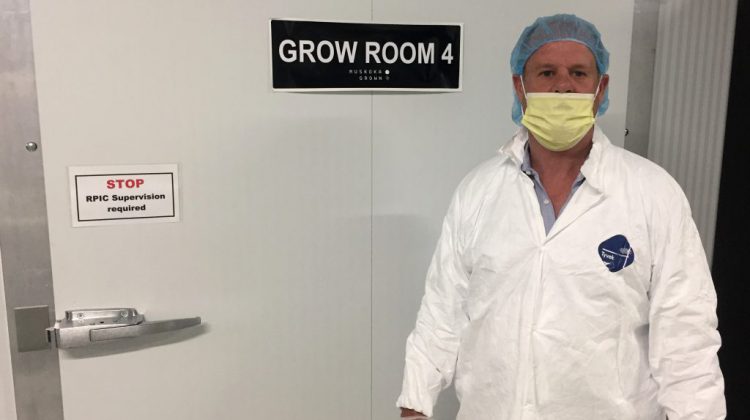 BRACEBRIDGE, ON – Local cannabis grower Muskoka Grown has received vital updates from Health Canada allowing it to expand the business it does in Canada.

The company received two alerts that allow it to expand to using its full 65,000 square foot capacity, and it will now be able to sell direct to retailers in Ontario under the Muskoka Grown label.

Grand is ready to break ground on a retail space but permission has been delayed from the province for growers to sell direct from a factory.

The company has received its sales amendment allowing for the distribution of dried cannabis products to authorized provincial distributors and retailers, and the approval to expand cannabis operations at its purposely built facility in Bracebridge.

The grower will now be able to use its full 65,000 square foot capacity for growing operations, which consists of 21 separate hydroponic rooms.

It is an increase of 32, 5000 square feet and will allow for other activities such as a full sized lab and research and development which will give Muskoka Grown a competitive advantage as it creates its own strains.

“We’re all trying to figure out how to do this right,” Grand said in an interview. “It would have been nice if we had (the updates) a little bit earlier but we planned for the delays.”

One of the major things about being able to sell at the retail level now instead of being a supplier for other cannabis suppliers is Muskoka Grown will be able to develop a brand much like wine or liquor companies do.

“This allows us to sell directly to the provincial bodies under the Muskoka Grown label that will go to the end consumer,” Grand explained.

With the expansion comes the need for employees and currently he has 70 working at the growing operation, around 75 per cent of which are from Parry Sound and Muskoka. He is pleased with the quality of employee he has under his roof.

“The people we have been able to come join us as partners and the investors we have all done an amazing job,” Grand said.

Grand is still waiting for approval to be able to conduct retail sales at his facility, but he is close to putting shovels in the ground to create the building needed for selling direct to consumers.