Residents advised on how to cook turkeys 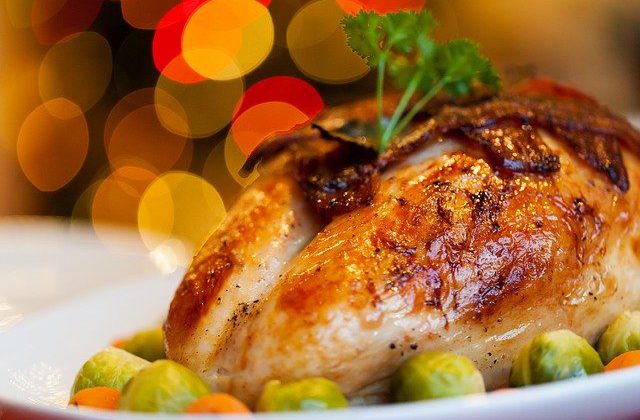 COTTAGE COUNTRY, ON-Residents are being given advice on how to cook turkeys this Christmas season.

The Simcoe Muskoka District Health Unit (SMDHU) is saying that if you do not cook your turkey properly for Christmas, you have the possibility of getting sick.

In an interview with the Program Coordinator for Food Safety Shannon Kelly, she said that residents have to be careful when they are preparing and storing their food as there is a risk of consuming dangerous bacteria.

Kelly said that there are four basic steps to reduce food-based bacteria, “they are clean, separate, cook and chill.”

Cleaning refers to washing your hands thoroughly after handling raw meat and to wash any utensils when handling it as well, separate your cooking ingredients to ensure there is no cross-contamination, be sure to cook your food the proper way as Kelly says the minimal temperature for a turkey should be 80 degrees Celsius, and when you chill your food, be sure to keep them at a maximum of 4 degrees Celsius.

“Any temperature between 4 Celsius and 60 Celsius is what we call the dead zone because that is when bacteria grows,” said Kelly.

According to Kelly, two of the most predominant food-based bacteria are salmonella and campylobacter. “These bacteria when consumed can cause various symptoms that will make you feel very sick.”

Kelly said that as long as you remain diligent while you are cooking, then you should be fine.