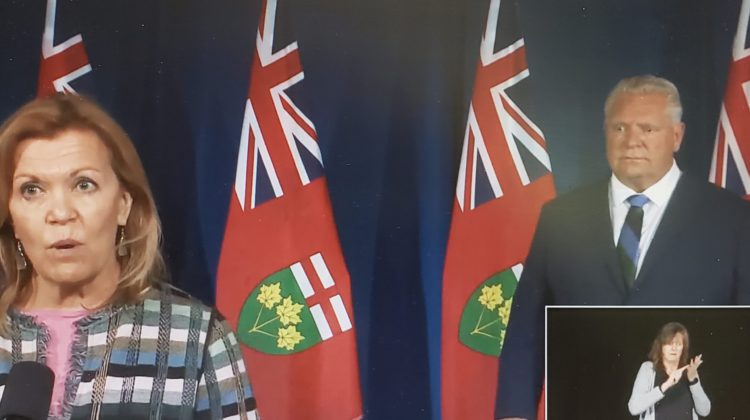 Ontario is set to roll out its fall preparedness plan this week.

It comes as Ontario announced 425 new COVID-19 cases on Monday, the highest daily number of cases since early June.

Deputy Premier and Minister of Health Christine Elliott says parts of the plan will be rolled out over the next several days beginning on Tuesday.

Part of the plan will see expanded hours at assessment centres and pharmacies starting to do testing for asymptomatic cases, according to Elliott.

Ford also added Ottawa needs to play a “more active role” in testing and he’s hoping money will be announced in this week’s throne speech.