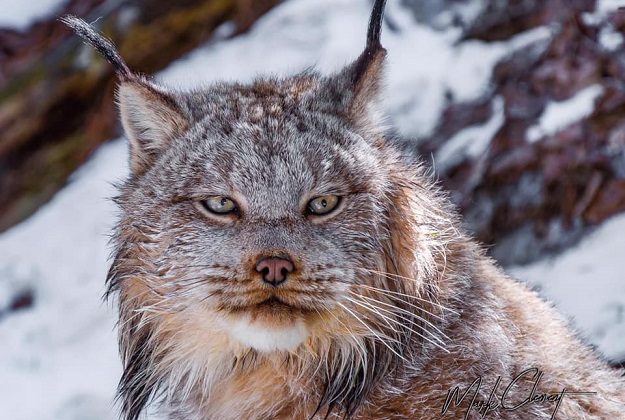 An MNRF conservation officer doesn’t dispute reports of a lot more sightings of lynx in north-eastern Ontario this winter. Micah Plourde does says, however, that the population of the elusive wildcat probably isn’t overly large.  They’re just finding food sources closer to town.

Plourde also says this winter hasn’t been too difficult for lynx.

“Lynx are quite well adapted to feeding in the wintertime,” he explains. “They’ve got large paws, they’re able to maneuver through the snow quite easily and they typically feed on things such as snowshoe hares, grouse, smaller birds, smaller mammals.”

If there are more lynx than usual, Plourde says it would be the result of higher than usual numbers of those prey.

Lynx usually avoid human contact.  If you encounter one, never approach it, especially if it’s near a kill or its young. Plourde advises you not to offer it food, make yourself appear bigger and make a lot of noise to scare it off.

“If you have small pets, you wouldn’t want to leave them outside. Smaller children, it’s important to make sure they’re not alone and make sure there’s some activity so that the lynx isn’t surprised,” he finished.