Over 17K vaccines expected for HKPR region by mid-April 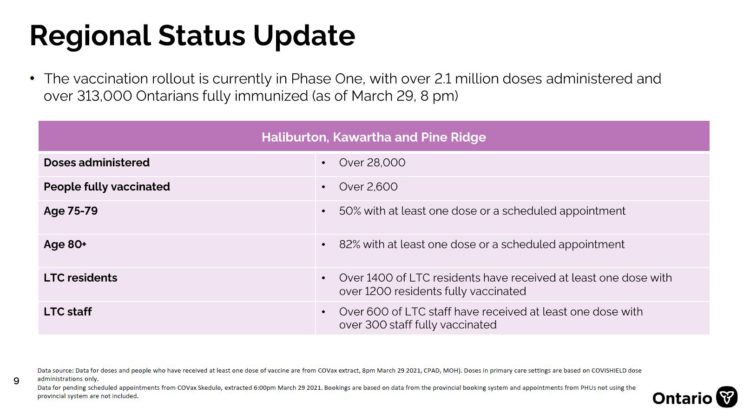 Photo provided by ON Ministry of Health

As of this morning, over 2,600 residents in the Haliburton, Kawartha and Pine Ridge District are fully vaccinated against COVID-19.

In a regional technical update on vaccine supply, provincial officials confirmed the local health has administered over 28,000 doses to date.

They said more than half of the residents between 75 to 79 years old and over 80 percent of those 80 years and above have received at least one dose or are booked for one.

In Long-Term Care homes, over 1400 residents and 600 staff got at least one shot and 1200 residents as well as over 300 staff are fully vaccinated.

In terms of the region’s incoming vaccine supply, officials confirmed 11,700 Pfizer shots and 5,900 Moderna ones are set to arrive by April 12th.