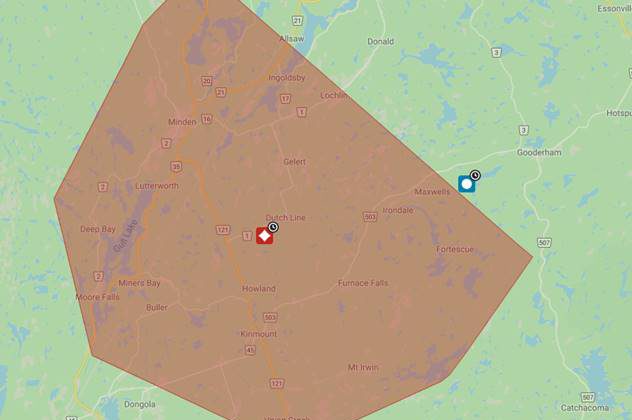 Photo supplied by: Hydro One

The outage will affect around 6,250 people in the area around Minden and the Town of Kinmount. Workers will be upgrading the equipment in the area and it must be de-energized to ensure their safety, according to Hydro One officials.

Officials describe the work as scheduled maintenance adding three smart switches will be installed and seven poles that were originally installed in the 1950s will be replaced. The Minden Distribution Station will be upgraded as well and the foundation will be laid for a second transformer.

This work dates back to July 2018 when a transformer caught fire at the Minden Transmission Station during a storm. This cancelled plans that were in place to upgrade the site to replace some of the ageing infrastructure. Some of the equipment had not been upgraded since the 1950s. “This Sunday, crews will begin installing the foundation that will house the second new transformer,” officials say. “Crews will also be installing new devices to modernize the local distribution system. These devices will limit the number of customers affected by an outage, better detect the location of an issue and remotely monitor the system.”