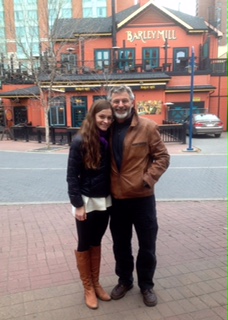 The Libertarian Party of Canada has chosen Fenelon Falls resident Gene Balfour as its federal candidate for Haliburton-Kawartha Lakes-Brock.

Balfour says he is returning to his political roots; in 2019, he made his bid for the seat as the People’s Party of Canada (PPC) candidate. In 2015, Balfour ran as a Libertarian, and has run for the party in five provincial elections.

Balfour says that while he is not running on behalf of the PPC this election, he feels Parliament is in desperate need of the party’s principles of “individual freedom, personal responsibility, mutual respect, and fairness for all under unbiased laws.” He says he does not consider himself a traditional politician, but rather a “political ambassador” towards voters.

“In this election, I will promote the idea that Less Government is better than the never-ending expansion of governments that Canadians have endured over the past five decades,” says Balfour in an emailed statement. “Less Government can lead to a more robust economy, happier and more prosperous citizens, and frameworks of governance that will be more economically sustainable and produce less divisiveness between our many communities.”