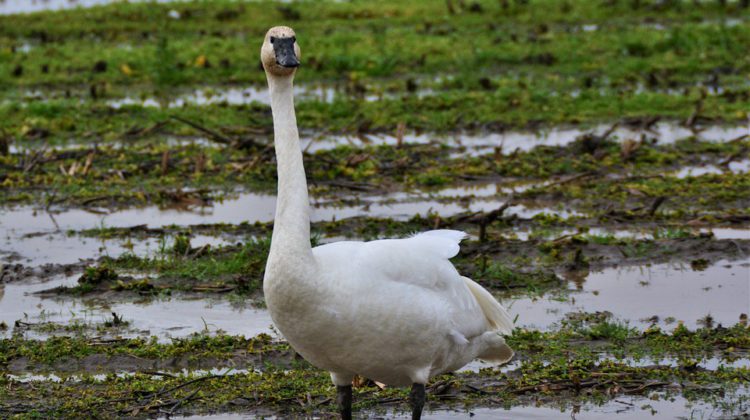 Conservation officers are searching for the person who shot and killed a trumpeter swan.

Two swans were flying over Nogies Creek in Trent Lakes on the morning of September 25th when one of them was shot. After being informed of the incident through its tip line, the Ministry of Northern Development, Mines, Natural Resources and Forestry (MNDMNRF) is asking the public for help in finding the person that pulled the trigger.

Conservation officer with the ministry Jessica Junkin says the shooter did not claim the bird’s carcass, which is currently in her custody. Junkin says it is not currently known why the swan was shot, but remarked that open season for ducks began that morning. There is not, she says, an open season for swans.

“I’d just advise to make sure that hunters are sure of their target before pulling the trigger,” says Junkin. “Hunters are required to identify their targets prior to harvesting an animal.”

According to Junkin, although swans are not endangered, they are protected under the Migratory Birds Convention Act, meaning it is a crime to hunt them.

“There used to be a very minimal amount [of swans] in Ontario, but the population has been increasing,“ says Junkin. “There’s open seasons for species that have a sustainable population to be harvested, and those that don’t, there aren’t open seasons for.”

Since the two swans were flying together, it’s possible they were mates, according to Junkin. As trumpeter swans typically mate for life, Junkin says the surviving swan might now be partnerless. However, she adds that it’s not unheard of for birds of the species to find a new mate.

Junkin says the most likely punishment for the crime is a fine of $240 after surcharges, which could be raised or lowered after an appearance in provincial court. She encourages the shooter to come forward.

Anyone with information can call the MNDMNRF tip line at 1-877-TIPS-MNR, or report anonymously through Crime Stoppers.