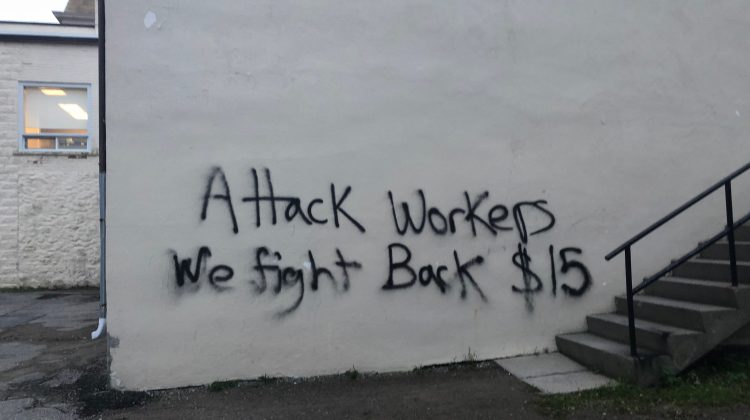 Photo Provided by the office of MPP Laurie Scott

The Minister of Labour and Haliburton’s MPP Laurie Scott has had her office vandalized overnight.

Kawartha Lakes Police are investigating after the Lindsay office was the subject of vandalism. The police say that they were notified of the vandalism around 11:3o pm last night. After getting to the office, officers discovered extensive damage to both the inside and outside of the building. Kawartha Lakes Police say that the suspects fled the area before police arrived. It is being reported that the outside of her office was spray-painted with the words “attack workers we fight back $15.”.

This vandalism comes the same day that Scott and other PC Government officials announced changes to Bill 148 that would cancel the increase in minimum wage. The minimum wage was expected to go up to $15 an hour. 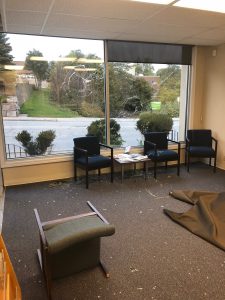 damage done to the front window of Scott’s office 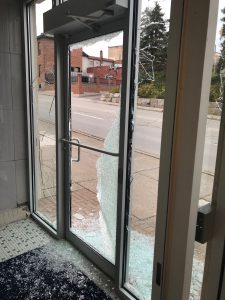