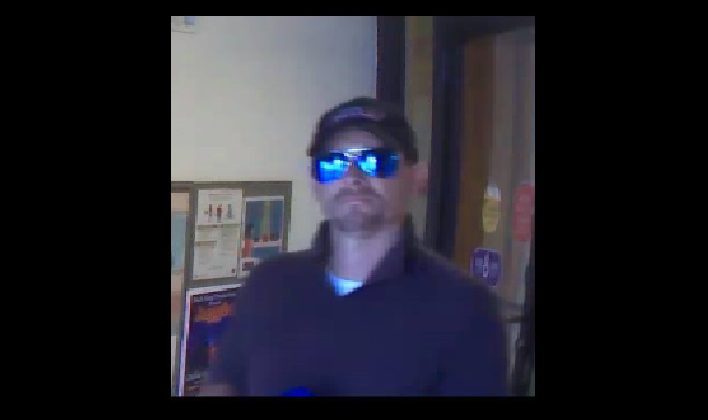 PARRY SOUND, ON- A man wanted in three different bank robberies is still not in custody.

The first took place last Wednesday, around 3:33 p.m. in the afternoon.

The bank in question is reportedly a CIBC branch.

A man had entered the bank, and left after getting handed a quantity of cash. He fled on foot, and no one was injured during the robbery.

The second pair took place after 3:30 p.m. on Friday.  A lone man had walked into a downtown Orillia bank and handed the teller a note demanding cash. The suspect then fled, empty handed, from the bank through the rear parking lot.

Police stated that Nickerson was the suspect in all three on Friday.

He is described as between five feet and six to eight inches tall. He weighs roughly 160 to 175 pounds, and was wearing a beige ball cap, a black t-shirt with a pink collar, and blue shorts at the time of the Parry Sound robbery.

Police do not currently know where Nickerson might be.