Ministry of Education leaving cellphone ban up to local boards 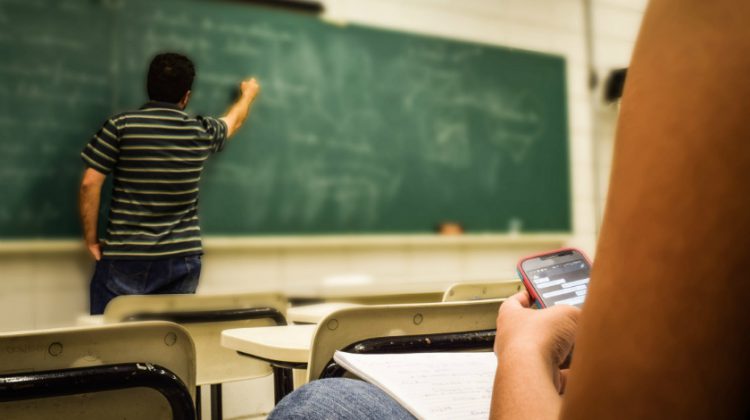 Despite a scheduled ban of cell phones in the classroom by the province, a statement from the Ministry of Education suggests the final choice will be down to local boards and teachers. (Pexels Photo)

TORONTO, ON – Following news that the Trillium Lakeland District School Board would chart its own path in terms of in-class cell phone use, the Ministry of Education appears to have confirmed its planned ban in November is designed to be overruled by local boards.

Earlier this week the TLDSB said it would onboard the province’s policy but allow frontline teachers to make the final determination about technology use in the classroom.

When contacted by the MyMuskokaNow.com newsroom about the board’s stance, the Ministry of Education responded with a statement outlining ways its policy can be skirted.

The Ministry of Education plans to restrict the use of cellphones and other personal mobile devices during instructional time with the following exceptions:

– educational purposes (as directed by an educator);

The first exception appears to have the widest interpretation. We asked for clarification of the term ‘educator’ in the context of the provided exception and are still awaiting a response.

As of this report, the words used suggest that the policy can be ignored at a board, even teacher level.

The exception for educational purposes “as directed by an educator” can mean it is a local decision.

The statement from the ministry stated that clear direction had been given to deal with the distraction cell phones seem to create in a teaching environment.

“Parents, students, and educators made clear that cell phones too often are a distraction from learning and have a negative impact on the classroom experience. We recognize the need for technology in the classroom when directed by educators for demonstrable educational purposes, however increasingly, cell phones impede the learning environment.

“By restricting cell phone use that distracts from learning, we are supporting students to focus on their learning and to build the skills necessary to graduate with confidence and get access to good-paying jobs.”

The statement goes on to note:

– In the 2019-20 school year, boards will be required to update their policies to align with this requirement.

– Through our Ministry’s consultation in the fall, we heard that 97% of respondents support some form of a restriction on cell phone use in schools.

The TLDSB said in its own statement this week that:

“We have received Ministry of Education direction around the use of cell phones in classrooms,” a statement from the board started. “As required, we will be updating the Board’s code of conduct policy and procedure. In saying that, our approach to cell phone use will not change. We trust our teachers to use technology as they see fit as they work with parents to support any concerns or issues.”

The MyMuskokaNow.com newsroom asked for clarification, specifically on whether or not the board was not going to adhere to the new provincial mandate.

Sinead Fegan, a communications officer with the board told us cell phone use is permitted in classrooms for “educational purposes.”

“We trust our teacher’s judgement to determine what this will look like in their classrooms,” said Fegan.