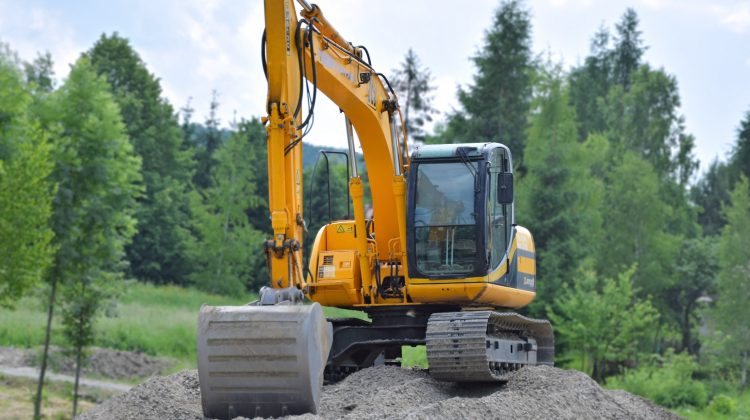 Paudash Lake cottage owner Martin Wildberger has responded to the claim that the cottage he’s building is causing “obnoxious noise.”

In September Jeff Peters and a group of property owners from nearby where the cottage is being built complained to Highlands East council that the work has resulted in endless noise. The group was asking council to not renew Wildberger’s construction permit or put a new one in place with set conditions. One of the conditions was that a bylaw is created that prohibits the use of large personal landscaping equipment.

Wildberger brought the property at 1131 Abrams Road nine years ago from his parents, who had owned the spot since the late 80s. He said the work on the property started three years ago.

Wildberger detailed the word that has been done this point. He got approval for a building permit in 2018 and in August of that year the team he brought in began blasting out the rock basement on the property. “From mid-August 2018 to May 2019, the over 200 loads of solid granite stone was removed from the construction site,” he said. Wildberger told council the work was difficult because no contractors would help since they claimed the rock would “destroy their dump trucks.” He ended up using a personal dump truck to do the work.

In 2019 – after the building permit was renewed – Wildberger said the first load of lumber arrived.

“Everything on this build has been more complicated than originally planned,” he said. “The size of the concrete pour meant that a concrete pumper truck had to be on-site four separate times. The fact that the excavation was solid rock, meant that the backfilling was not a simple task of just moving piles of excavated material back into the hole, but rather 30 tandem loads of fill were required.”

This year, the team started working on the exterior stonework. It was originally estimated to take six to eight months to finish, but the COVID-19 pandemic threw a wrench in those plans. He claimed that Peters and others in the group suggested the stone for the siding be cut off-site, which Wildberger says is “totally unfeasible.”

Wildberger said they were just over halfway done with the stonework portion of the build. He said the hope is for the crew to work through the fall whenever possible, then restart the work in the spring of 2021.

He also claimed that he’s done what he can to minimize the disruption the work causes on his neighbours. “I acknowledge that the stone cutting has been difficult, but we tried to minimize it by doing it only from Monday to Thursday,” he said. “The excavation was a pain, but it was unavoidable and is largely complete.”

Since the September council meeting, Wildberger said Highlands East’s Building and By-Law departments have visited to inspect the property and ensure it’s following their regulations. He said he’s also met with the County of Haliburton, the Crowe Valley Conservation Authority, the Ministry of Environment Conservation, and Parks and the Ministry of Labour. He said none of them had issues with the work being done.

“Enough is enough and action needs to be taken to restore the peaceful enjoyment of this wonderful place,” Peters said to end the statement he provided to council last month. “And to bring harmony to our neighbourhood on beautiful Paudash Lake.”

“The complaint stated I was relentless,” Wildberger said to end off his statement. “I’d like to think that relentless means hardworking, and hopefully there is no bylaw against being hardworking.”